ARCTIC XR features six leading circumpolar Indigenous artists from Canada presenting new 360° video works, and will be presented at ÁRRAN 360° in Venice. ARCTIC XR is led and commissioned by Dr. Julie Nagam and Dr. Heather Igloliorte in conjunction with the aabijijiwan New Media and The Space Between Us and Inuit Futures partnerships which includes funding from the Indigenous Screen Office and Canada Media Fund. 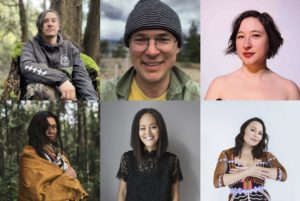 Inspired by legends, our current climate and society, and tentative future outcomes, this short film asks the question of what our world was, what it is now, and how it might be in the future.

Join four Indigenous skateboarders for a session and an experience on the Dettah Ice Road over the frozen Great Slave Lake, as part of a larger investigation into language and land.

Welcome to the Republic of Tartupaluk! Live-action, animation and VFX bring to life a poetic and humorous imaginary Inuit utopia set on a tiny island within the territorial waters of both Canada and Greenland.

An inexperienced hunter is determined to hunt foxes in the nearby woods, but ends up catching something much more unexpected instead.

Inspired by a dream, an excerpt from the artist’s novel Split Tooth, attendees are transported to a magnificent landscape in Nunavut, where arctic beings and spirits become one. 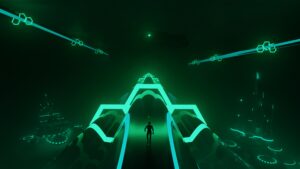 ARCTIC XR will be screened at the ÁRRAN 360° lavvo from September 2nd to September 5th. The opening will be celebrated at the island where the screenings take place: San Servolo in the middle of Venice’s famous lagoon. We invite all of you to join the opening of ARCTIC XR 2nd of September. The event starts at 6pm with the official opening of  ‘ARTIC XR visits ÁRRAN 360°’, followed by screenings and reception with food, drinks, and music by Uyarakq + SILLA.

The event is free, but we kindly ask you to register in advance. Registration.