In collaboration with Dáiddadállu – Artist Collective Guovdageaidnu, the International Sámi Film Institute is celebrating the world premiere of ÁRRAN 360° by bringing some of the most prevalent names within the contemporary Sámi art scene to Venice.

The Grand Opening of ÁRRAN 360° takes place on August 26th 2022, on the beautiful island of San Servolo situated in the Venetian lagoon. The event starts at 6 pm with the official opening of ÁRRAN 360°, followed by screenings of the premiering 360° films, VR films and AR exhibition.

In addition to this, the opening night consists of an opening reception and a live performance from the renowned dance performance Vástádus Eana – The Answer is Land by Elle Sofe Sara, where the audience, through dance, will be guided into the arctic state of mind. The evening will conclude by letting the audience step into the sphere of the Sámi club scene, with the help of Tøndra and Article 3.

Dáiddadállu is honored to curate and produce the grand opening of Árran 360°, and we consider it a fantastic opportunity to showcase the work of Sámi artists for the international art and film scene. We are especially proud to collaborate with ISFI regarding the grand premiere, seeing as several of our artist partners are part of the Árran 360° project, says Dine A. Fenger Lynge, managing director of Dáiddadállu.

Community and kinship between people and nature, are the main themes of this dance performance. The choreography is inspired by activism, Sámi spiritual practices and formation dance. The polyphonic yoik is composed by Frode Fjellheim and works as a supportive pillar throughout the performance.

TØNDRA
TØNDRA is an Arctic electronica duo that makes music inspired by musical impulses from Sápmi and the Arctic. The duo combines auditory components with stunning visual elements. The duo is anonymous and wants the listener to focus on the music, rather than who the musicians in the project are. 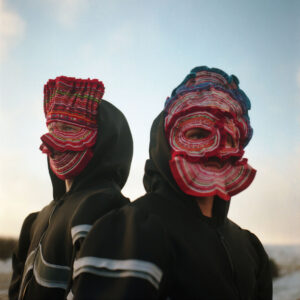 Article 3
Indigenous peoples have the right to self-determination on the dance floor. By virtue of that right they freely exercise their own moves and the joikhand acceleration, and freely decide their own bling level, dance partners, and guksi contents.

Dáiddadállu was established in 2014 by artist / author Máret Ánne Sara and choreographer / filmmaker Elle Sofe Sara, and is situated in Guovdageaidnu/Kautokeino. The collective is a unique institution as it is the only art collective in the world with a primary focus on Sámi art. The overall goal of Dáiddadállu is to create a long-lasting and inventive environment for Sámi artists. Our goal is professionalization and profitability within the sámi artistic field. 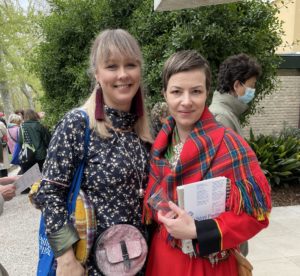 Daiddadállu is an obvious choice as a partner and producer for the opening party for ÁRRAN 360°. With their large network in the Sami art field, they always manage to take the pulse of what’s happening and highlight new and exciting voices, says ÁRRAN 360° project manager Maria Utsi.

The opening event is free of charge. Register here!

All ÁRRAN 360° screenings, exhibitions and events are free of charge and open to the public.

Screenings and exhibitions will be open from 12.00 pm to 8.00 pm every day, from the 26th of August until the 10th of September.